The BurmillaJune 26, 2009 - Posted by Ifan Pratomo
The Burmilla can have a variety of colours: black, blue, champagne, chocolate, cream, lilac, platinum and red. They can also be tortoiseshell, with colours including black, blue, brown, chocolate and lilac.The Burmilla was acually created accidentally in the United Kingdom, two cats, one Chinchilla Persian and one Burmese, were each awaiting a partner of the same breed in different rooms. Accidentally one night the cleaner left the door open and the rest is history. The result was so adorable that a new breed was born.
Burmillas are medium-sized with muscular bodies, round faces, short muzzles and tend to weigh between 8-10 lbs. The eye colour should be green, although some cat societies accept blue (and yellow eyes are permitted in kittens). Black cats have eyeliner in black; other colours may have no lining or soft brown.
Coat length comes in three variants: The most common (standard) coat is the short-hair. This is a short, close-lying coat similar in appearance to the Burmese but with a softer, silkier feel. In addition there is a recessive longhair gene producing the Longhair Burmilla. These cats have a semi-longhair coat lying close to the skin, with a soft, silky feel and a large plumed tail. The Shorthair gene is dominant, and where a cat receives one of each, the appearance will be Shorthair. Two Longhair Burmillas mated together will always produce Longhair kittens, while Shorthair matings depend on whether the Longhair genes are carried by the Shorthair parents.
A third variant has been identified recently, that of the Plush. It is not professionally recognised as being separate from shorthair in judging, however plush kittens have much denser fur which does not lie closely against the skin. How the plush coat variant is inherited is not known.
The Burmilla can have a variety of coat colours, including black, blue, brown, chocolate and lilac. Although red, cream and tortoishell (calico) varieties have been bred, these colours are not recognised by most judging bodies. In addition the undercoat is either Silver or Golden, depending on the colour in the Persian heritage. The Burmilla’s shading comes in three major coat patterns which relate to the depth of colour. These are Tipped, Shaded and Smoke. Tipped Burmillas have at least 3/4 of their fur in the underlying colour (Silver or Golden) and the remainder is a light dusting of “colour” over the top. In the case of Silvers, these cats appear almost white.
Shaded Burmillas have 1/4 - 1/2 as their colour, and Smoke have almost all colour with only a faint pale base to each hair. The cats have nose leather which is red to pink (smoke cats have black). In addition their paw pads correspond to the coat colouring: Black cats have black paw pads, Brown cats have brown, both Blue and Chocolate have pink, and Lilac cats have very pale paw pads. At this stage it is not possible to determine visually whether a Lilac kitten is Chocolate- or Blue-based, so the paw pads of the two genetic colours may differ slightly.
The Burmilla was actually created accidentally in the United Kingdom. Two cats, a Chinchilla Persian named Sanquist, and a lilac Burmese named Faberge, were both awaiting a partner of the same breed in different rooms. Accidentally, one night the cleaner left the door open and the rest is history. The results, four kittens born in 1981, were so adorable that a new breed was born.
The Burmilla is quite an irreverent and independent cat who adores its owner and displays many kitten-like characteristics even into adulthood. In temperament they are sociable, playful, and affectionate, and get along well with children and other animals.
In GCCF (Governing Council of the Cat Fancy), the Burmilla is considered part of the Asian cat breed. It is accepted in FIFe as the Burmilla. Some governing bodies have used the name Australian Tiffanie, however, there is not international acceptance and standardisation for this breed - Tiffany has been used to describe many different breeds having the appearance from Ragdoll to Birman and may contain any of these breeds and more.
Many Australian Tiffanies in Australia contain more than three-quarters Persian Chinchilla and retain the appearance and temperament of the Old Fashioned Chincilla. The name’s use is declining in favour due to the lax standards for the breed name, the lack of unique identity and varied genetic makeup. The Burmilla is also featured in the online text-based game Legend of the Green Dragon - Crazy Audrey’s kittens are all Burmillas.
Lähettänyt Heidi Å. klo 9/29/2009 11:36:00 ap. Ei kommentteja: 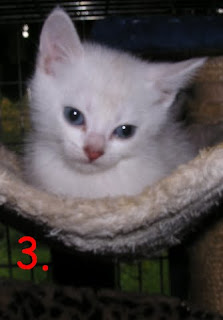 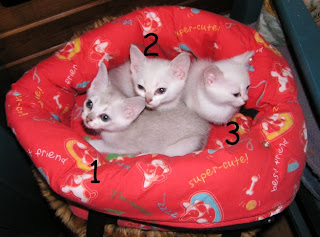 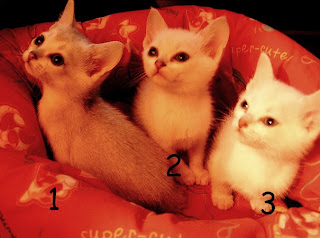 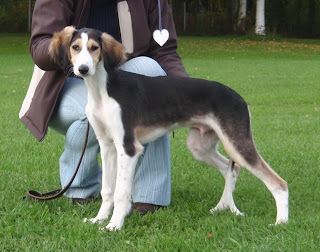 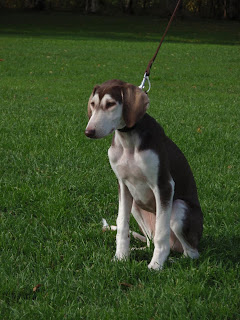 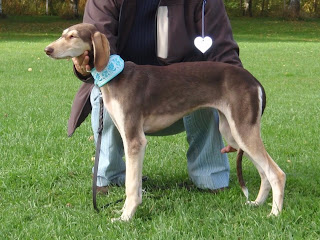 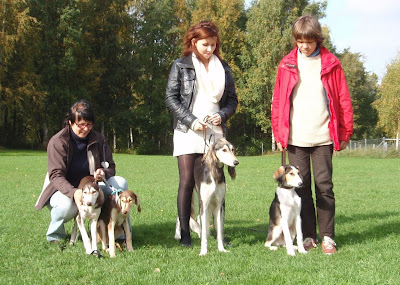 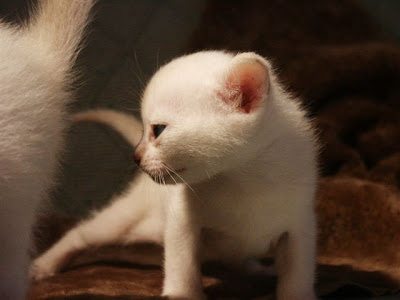 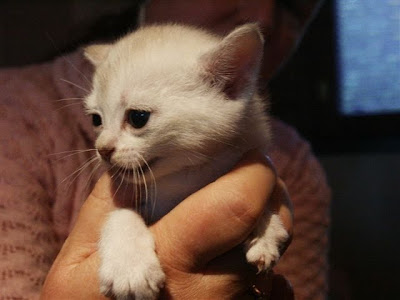 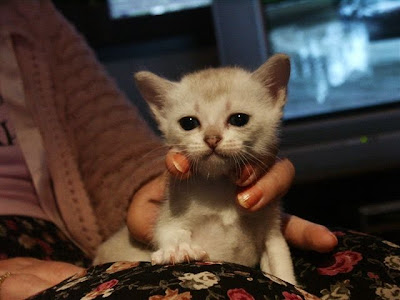 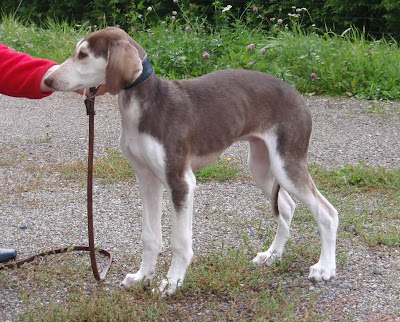 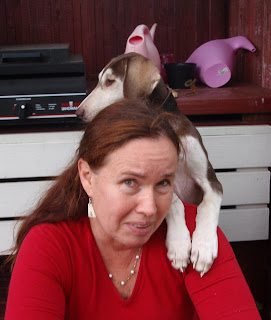 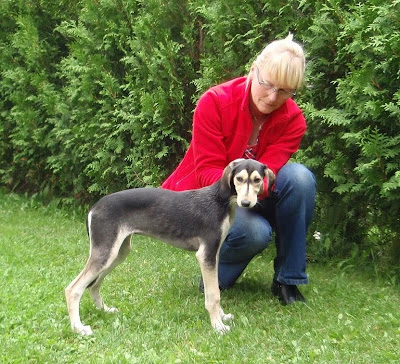 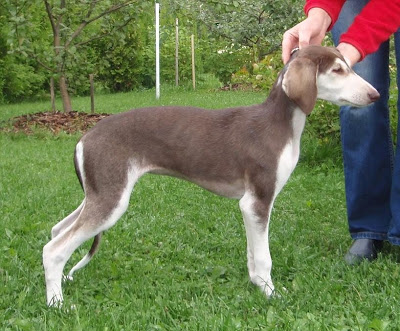 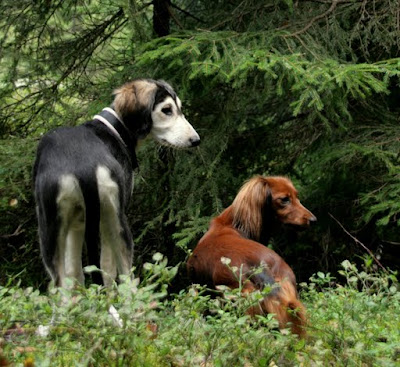 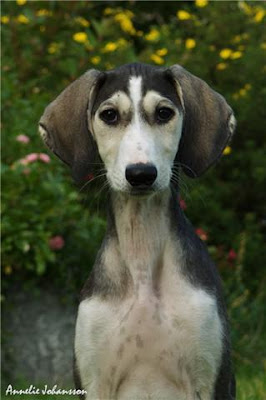 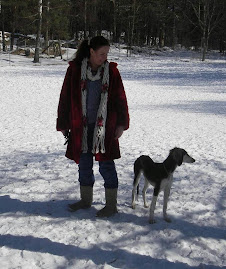 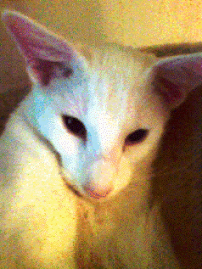 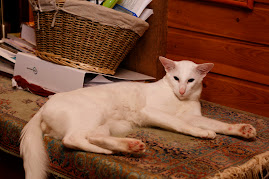